Ant-Man and The Wasp: Quantumania: ‘Ant-Man and the Wasp – Quantumania’ will come after the Marvel Cinematic Universe film ‘Wakanda Forever’. After the new poster of Marvel Studios’ film ‘Ant-Man’, now its trailer in Hindi has also been released. This explosive trailer is being liked a lot on social media as soon as it is released. As soon as the trailer came out, the curiosity about this film has increased a lot among the fans. On the other hand, talking about the new post, all the superheroes will be seen together in the frame of your Eh. Here’s the new poster and trailer of ‘Ant-Man and The Wasp Quantamania’…

This is the poster

The new poster of ‘Ant-Man and the Wasp – Quantummania’ has been shared on the official Twitter account of ‘Ant-Man’. In the poster, all the super heroes of ‘Ant-Man and The Wasp – Quantummania’ like Paul Rudd, Evangeline Lilly, Kathryn Newton are seen together. This poster of the film is becoming increasingly viral on social media. Reactions of fans are continuously coming on this. Commenting on this, fans are retweeting it along with praising the poster. So far it has got Koffee Likes.

Know on which day the film is releasing in theaters

‘Ant-Man and The Wasp – Quantummania’ is slated to hit the theaters on February 17, 2023. Apart from English, Antman will also release in Hindi, Tamil, Telugu, Malayalam and Kannada languages in India. The film stars Paul Rudd as Ant-Man and Evangeline Lilly as The Wasp. Apart from this, Jonathan Major, who has been seen in the role of Kang the Conqueror in the web series Loki, will also be seen in the film.

Antman is the third film in the series

Let us tell you that this is the third film in the ‘Antman and the Wasp – Quantummania’ series. Its first film Antman came in 2015. It was shown that Scott Lang is a thief. Retired SHIELD agent Hank Pym tests and trains the Antman suit on Lang, setting him on the path to becoming a superhero. At the same time, in the year 2018, the second film of this series, ‘Ant-Man and the Wasp’ came, in which Hank’s daughter Hope Van Dean was introduced as Wasp. All its series have been quite bang.

Parade with Ben Platt and Micaela Diamond to run on Broadway 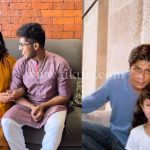 ‘Karishma Ka Karishma’ fame actress Jhanak Shukla got engaged, see the pictures, know what she does now
Next Article 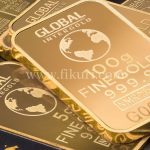