Coachella Valley Music and Arts Festival, or simply Coachella, is one of the most highly-anticipated annual music events in the world. Taking place in the desert oasis of Indio, California, Coachella has become synonymous with cutting-edge musical acts, eye-catching art installations, and a bohemian fashion and lifestyle. But what is it about this festival that has captured the hearts and minds of music lovers from all over the globe?

For starters, Coachella boasts one of the most impressive and diverse line-ups of any festival. From up-and-coming indie bands to established chart-toppers, Coachella has something for everyone. Headliners have included everyone from Radiohead and Beyoncé to Kendrick Lamar and Ariana Grande. It’s no wonder that people will camp outside the box office for hours just to snag a ticket.

But Coachella isn’t just about the music, it’s also a showcase for some of the most thought-provoking and eye-catching art installations out there. From mind-bending light shows to massive sculptures, Coachella’s art program is a feast for the senses. Notable pieces from past years include a massive sculpture of a praying mantis and a huge, three-story rotating structure made entirely of reclaimed wood.

Fashion and style also play a big role at Coachella. From flower crowns to denim cut-offs, the festival has become a runway for fashion-forward festival-goers. And with the recent addition of “street style” photographers and influencers, it’s not surprising that Coachella has become a hotspot for fashion inspiration. But don’t worry if you’re not a fashionista, you can go for a more comfortable style with a good pair of shoes and a hydration pack.

When it comes to food and drink, Coachella definitely delivers. With a wide variety of food trucks, vendors, and pop-up restaurants, there’s something to satisfy every craving. From gourmet tacos to vegan options, Coachella has it all. And with the addition of several beer gardens and VIP lounges, there are plenty of places to grab a drink and rest your feet between sets.

But before you can enjoy the music, art, fashion, and food at Coachella, you’ll need to figure out how to get there and where to stay. Coachella takes place in Indio, which is located about two hours east of Los Angeles. The festival provides a shuttle service from nearby cities like Palm Springs and La Quinta, but many people choose to drive or fly in. As for accommodations, Coachella offers VIP camping options as well as options for RV’s and trailers. But for those who prefer a roof over their head, there are plenty of hotels, resorts, and vacation rentals nearby.

Once you’re at Coachella, you’ll find that the festival itself is a unique experience. With multiple stages and an enormous crowd, it can be overwhelming at times. But the festival also has a laid-back, free-spirited vibe that’s hard to resist. It’s not uncommon to see people making new friends, dancing with strangers, or enjoying a impromptu yoga class in the campground.

So, now you’re ready to enjoy the festival to its fullest. But with so much to see and do, it can be hard to know where to start. Our advice is to plan out your schedule ahead of time and make sure to see some of your favorite acts. But also make sure to take time to explore the art installations, try some of the delicious food and drinks, and don’t forget to take a break from time to time and just take in the atmosphere

Decorate this way to give a unique look to the garden on Christmas party, guests will also praise 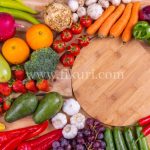 If your hemoglobin is also low, then these 6 ways will help you
Next Article 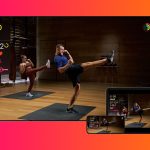